A short selection of testimonials below. In nearly two decades of violin making my specialty has mostly been as a viola maker, however other instruments are also represented.

I came to Nate with an enquiry about a viola much larger that it is usually seen around.

He has responded very well to this demanding challenge and to my unusual brief. In spite of my specific request for a relatively short string length, drawing on his extensive experience, historical knowledge of models of the 17th and 18th century, he devised his own model based on the tradition of makers such as Albani and Wagner. Nate managed to enhance the natural sonorous properties of the wood, and his model is well proportioned and a pleasure to look at. This was a great achievement, as he was venturing to an almost uncharted territory. The result is a resonant instrument that happily unites a natural alto and tenor register; the the clear and light feminine voice with a darker, masculine and pensive timbre. I am delighted with it, and look forward to countless hours of happy playing. I also have Nate’s baroque violin based on Gagliano that highlights the natural and intrinsical perfect proportions of a violin. It is a very resonant instrument, with its own unique voice. By listening to it, it teaches me how to play. 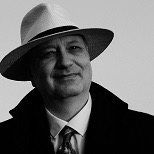 Oreste De Tommaso  has collaborated with diverse ensembles and  orchestras, such as La Petite Bande, the Orchestra of the Age of Enlightenment, and the London Classical Players. He has performed with conductors such as C. Abbado, H. von Karajan, G. Sinopoli and with historical informed conductors and players such as G. Leonhardt, F. Bruggen, S. Kuijken, R. Norrington, E. Kirkby, M. Tan, C. Mackintosh, A. Bjilsma, H. Suzuki.

I am delighted with my tenor viola which Nate made especially for me. We discussed at length both set-up and model. He fashioned it historically in the Gasparo de Salo manner, without the Amati style internal mould) which gives it a delightful individuality. He made it specifically to be played with all gut strings, and we spent time together working out the possibilities of making sound on all gut (which requires a shift in technique.) Its sound is beautiful, warm, full of character, and with a myriad of sound colours. It is even across the instrument, the sound projects well, and even the C string (so often problematic on all-gut strung violas) is beautiful, and capable of a large range of sonorities. I recommend Nate very highly, all of his instruments I have played sound incredible. I will hopefully be ordering another soon !” – Emma Alter

Emma Alter was principal viola of La Nuova Maniera in 2007-2012, and has been guest principal for many groups including: Academy of Ancient Music, Gabrieli Consort, the Sixteen, Armonico Tributo, and Opera Cork 2000. Emma has performed and recorded renaissance repertoire with: Braccio, I Fagiolini, His Majesties Sacbutts and Cornetts, Gabrieli Consort,New London Consort.

This violin is  perfect. I am blown away. I want more arms so I can play more of your instruments at once. TRULY a “soulmate” violin. Tried once to put him away for a little bit… Failed! I can’t put this thing down! First, the bridge so far back threw me off, but now I’m loving the position. Gives me so much room to move from sul ponticello craziness to the softest sweetest singing whisper that still manages to clearly enunciate. I adore the flatness of the fingerboard, so comfortable and SO much nicer for baroque repertoire. Oh my god. I am smitten.
He plays very well with the light flexible pernambuco, but the weightier stiff ironwood bow REALLY really works nicely. The heavy strings are killer, makes everything so crisp on the lower strings. I am sublimely happy. – Rebecca Montgomery Limehouse 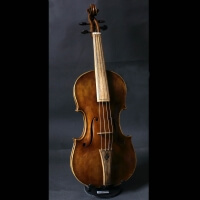 17″ Tenor Viola in Modern Setup made in Vienna

The moment in hand, with lax strings, the gradual tuning process invoked an enchanting sound. As the strings settled into concert pitch, the tone blossomed into a siren of depth and vitality. The lower register emanates a true tenor voice, cellistic by comparison, whereas the upper register, initially bland, gradually ripened into the sweetest song.

Like a good pair of shoes, any new instrument needs to be broken in to reveal comfort and joy. It took but only a couple days to begin to flourish. As time and hours of practice flew by unnoticed, the viola took on a soul of its own, occasionally releasing a faint perfume of lavender lovingly imbued by its maker; something to complete the awakening of the senses, and such proof of meticulous attention to the finer details in the creation of what once belonged to the mighty forest.

It is such a benevolent contrast from my previous viola, and it has not gone unnoticed. My quartet and other colleagues are simply in awe with Opus 26. As expected, it is a true conversation piece and the envy of my local luthier in Montreal who inquired on its origin and maker saying it is “a very well-made and nice instrument” as he reveled upon its sheer size – a full-bodied 17 inches, not for the faint of heart. 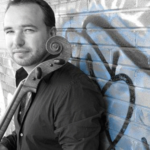 Sometimes in life it’s good to take a chance and that’s exactly what I did when ordering a viola from Nate, which at the time was just a piece of tone wood. After a few months, in which Nate kept me informed of the progress, a viola arrived which exceeded my expectations. Tonal description can be subjective, so I’ll do my best to describe my initial reactions. I’ve played on many violas that have the one-dimensional tone of an oversized violin but Nate’s viola has a true viola sonority, producing many timbres and colours. It is extremely responsive, sounding with ease, requiring less finger pressure to produce a clean tone. The resonance is amazing, with open strings continuing to sound long after the bow has left the string adding great depth to string crossing passages. The viola continues to impress in the higher position, again sounding effortlessly. The A string is probably the best I’ve ever played, singing all the way to the highest positions. The dynamic rang is also very impressive, the viola producing a vast sound with excellent projection. The viola will improve even more as it is played in and opens up, something I’m looking forward to. The build quality is of a high class and the colour and varnish, perfect. Did my chance pay off? Absolutely! Nate has produced a viola which greatly outperforms its price and I cannot recommend his instruments highly enough. Thank you Nate. 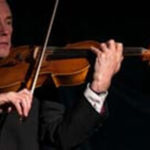 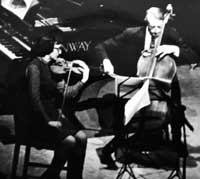 Nate Tabor is a most meticulous craftsman. His instruments are beautiful to look at, and the ones that I have heard have an exceptionally fine and full tone.

-Nona Liddell MBE Soloist and former Leader of the London Sinfonietta,former sub-principal of the English Chamber Orchestra and Professor of Violin at the Royal Academy of Music London and Trinity College of Music London.

Would you like to own an instrument which sounds as wonderful as in the Testimonials above? Let’s start a dialogue  and discuss your musical needs.